We open as Lisa confronts Schearecrow and Katie about being mean to Lala. More insinuation, seemingly accurate, that this trip to Italy is being provided to Lala by a rich dude for, ahem, services. Later, Scheanic Route loses her shit on Lisa who unnecessarily hectors her and Katie to be nice to Lala (is this fifth grade?). She declares there’s more important shit going on in her life right now, which is true, but also it’s almost true by necessity given that it’s being compared to “being nice to some hostess with a non-name.”

Lisa later uses information provided by Schearling and Katie to corner Lala into admitting that she didn’t have a modeling gig. Lala says she was going to be “arm candy” for a guy, but instead flew back home because she had a breakdown because Katie and InScheaption were being mean, which is 100% not a true thing that’s happening. This is the same woman that said she didn’t give a shit about this job two episodes ago, so if it was causing her emotional stress (she doesn’t have the ) she would just quit.

The crew learns some new cocktails that are big hits at Pump. They are taught by Eric, bar manager at Pump who Jax openly dislikes. Ken puts Jax in his place. Lisa says “big cock” a lot.

Eric begins to teach the team Jennifer Lawrence’s favorite drink, but not before Jax calls him “big dick.” He impotently counters with an earnest “your mother” joke here in the year of our lord 2015.

I know all that crotch-talk got you hot and bothered, so cool down by watching Lisa awkwardly carry (is there any other way, to be fair?) her sad, sick swan Hanky into her restaurant:

The servers (and Lala) are getting training too, despite doing this job for the last several years. They’re trained by a handsome man with a last name for a first name (Richardson). This also functions as an opening for Lisa to drop a “not” joke. She must love Eric the bartender because they share a love of outdated burns.

Tom Schwartz has a modeling gig. He doesn’t know what a covershot is.

But why male models?

Oh, he also wore this.

James and Kristen have a weird talk in the smallest pool of all time. James has what would considered to be a heel turn via confessional if a) he wasn’t already a heel and b) he wasn’t screwing over the worst person on this/any show.

Kristen accurately dissects James’ lie about being insecure about Jax… but doesn’t act on it. There’s legitimately no reason these two people need to breathe the same air and yet.

If This Couch Could Talk

Tom and Tom spend maybe 20+ minutes of real life time making jokes about how much of themselves is left on the couch they’re giving to Faith.

Here are some of the ways they’ve referenced the deeds done on and to this couch:

This little portion of the show is topped off by Sandoval pretending not to get Schwartz’s references when discussing the couch’s, ahem, history. Schwartz blows all pretense of mystery when he drops “dried semen.” Smooth.

They mix in some heartfelt discussion wherein Schwartz asks Sandoval to accompany him when he goes ring shopping.

This is one of the better bromances on reality television.

A lot of people want their homes to be representative of themselves. Scheallfish (not kosher) wants her home to be herself. It’s not merely the number of photos of the happy couple that pepper their walls, but the size of said photos, which look to be anywhere between “movie poster” and “tapestry.”

That closed captioning isn’t about her home decor, but it should be.

Schealing Fan gets emotional talking to Ariana about her troubles with Shay. Ariana is super comfortable when dealing with emotions, let’s take a tour:

In summation, Scheapes declares “I’m just so fucking confused right now I don’t know why I put eyelashes on for that fucking meeting earlier.” Me too. Me. Too.

Schwartz, Sandoval, and Scheafage go ring shopping, showing some rare follow-through for cast members on this show. Schwartz is prepared to spend $4-5k and is quickly disabused of that notion, with the ring merchant suggesting he double that. He ultimately ends up with something in the $7,000 range, which hopefully he can afford between his modeling/Bravo money. The Toms offer their thoughts on the ring of choice:

Do you think Schwartz meant this? 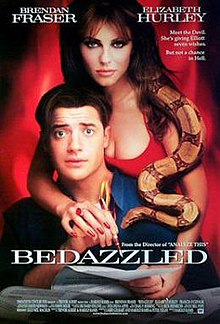 In the end Schwartz buys a ring. Go Schwartz! /drink

Scheapyard and Lisa have a talk about the former’s (I’m sorry, I’m running out of fake names) problems. It is revealed that Shay has a painkiller problem and has taken around five pills a day at times, and mixing it with alcohol. Lisa once again asserts herself as the best person amongst a questionable cast. We joke around, but she is almost always on point within the context of this clusterfuck of a show, and she seems to genuinely care about these people and take steps to help them when they need it.

All images/GIFs belong to Bravo