All is quiet at the emergency room, nurses and physicians just standing around chatting, when a woman rushes through the doors pushing a vacuum cleaner. 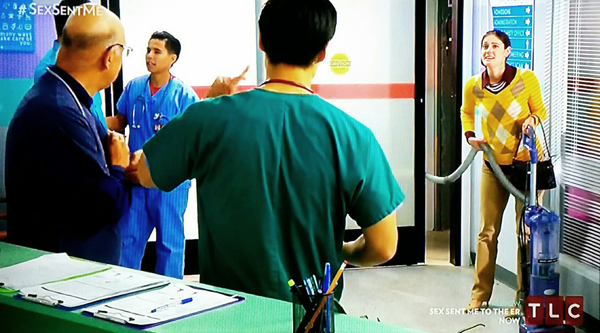 “Ma’am, the appliance repair store is right around the corner,” our guy in green scrubs helpfully mansplains. From the other side of the door comes a panicked voice. A panicked male voice.

I don’t think that’s where that goes.

The segments on Sex Sent Me To The ER are told one of two ways: by the patient(s) injured in the act of romance, or by the doctor that treated them at the hospital. This story is the latter. Let’s allow Dr. Herman to explain the scene:

“He’s holding on very gingerly to the vacuum hose and appears to be very anxious and in a lot of pain. The vacuum hose was attached to his penis, and his left testicle was trapped inside.”

While thinking about how to free this man from his vacuum of doom, the doctor soon realizes he is dealing with no ordinary vacuum hose. Ms. Pearl Necklace up there got herself a good vacuum! Got that Dyson money! The doctor is worried that there is a hematoma cutting off circulation and that ball surgery could be imminent. When asked how the incident happened, Pearl says she came home and “found” Robe McHouseshoes with the vacuum. After trying to remove the vacuum hose themselves, they came to the hospital.

The doctor feels like he’s not getting the whole story, but continues to examine Robe’s junk, and proposes the only option he can think of: cutting it off. The vacuum. Not the penis. Pearl is instantly alarmed at the safety of this procedure, because like I said, she got a good vacuum and those ain’t cheap.

Dr. Herman attempts to cut through the vacuum hose with a cast cutter, to no avail. He moves on to using a pair of trauma shears, still no luck. He calls the hospital’s engineer to see what he has in his tool box that may do the trick, but alas, he too has nothing that can conquer this vacuum hose of horrors. Then Dr. Herman says what every man wants to hear when it comes to his penis and testicles:

“I need a diamond-tipped saw blade.”

They give Robe some pain meds to relax and the sparks begin to fly. I would warn you to not try this at home but WHO WOULD TRY THIS AT HOME.

Success! The celebration is short-lived when they look at Robe’s meat and potatoes and realize they’ve suffered a lot of damage in the pressure cooker. The doctor calls for an ultrasound and is alarmed by the large amount of blood present and again asks the couple to explain what happened, emphasizing that now would be the time to include any details they originally left out, such as… 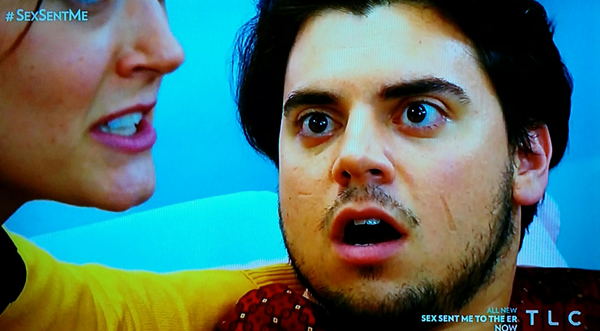 WELL, WELL, WELL. It seems Pearl and Robe wanted to spice things up and do a little bit of dress up, with her in Robe’s suit, and Robe, well, as a maid. 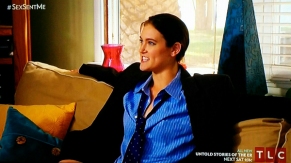 They’re messing around, and Pearl tells the “naughty maid” to put a brush on the vacuum hose and then he started vacuuming her chest. She wants to do the same to him, except in all the action, the brush fell off of the vacuum hose and the suction of the “Powermaster 5000” took over from there. This is not the recommended use of a vacuum. Vacuum floors, not balls.

Robe goes into surgery and emerges the same man he was before. Everyone is relieved, and Dr. Herman and Green Scrubs congratulate themselves on another job well done.

The moral of the story? Stick to feather dusters for all of your sexy maid fantasies. But, like, don’t…stick them places. Unless you want me to write about it.